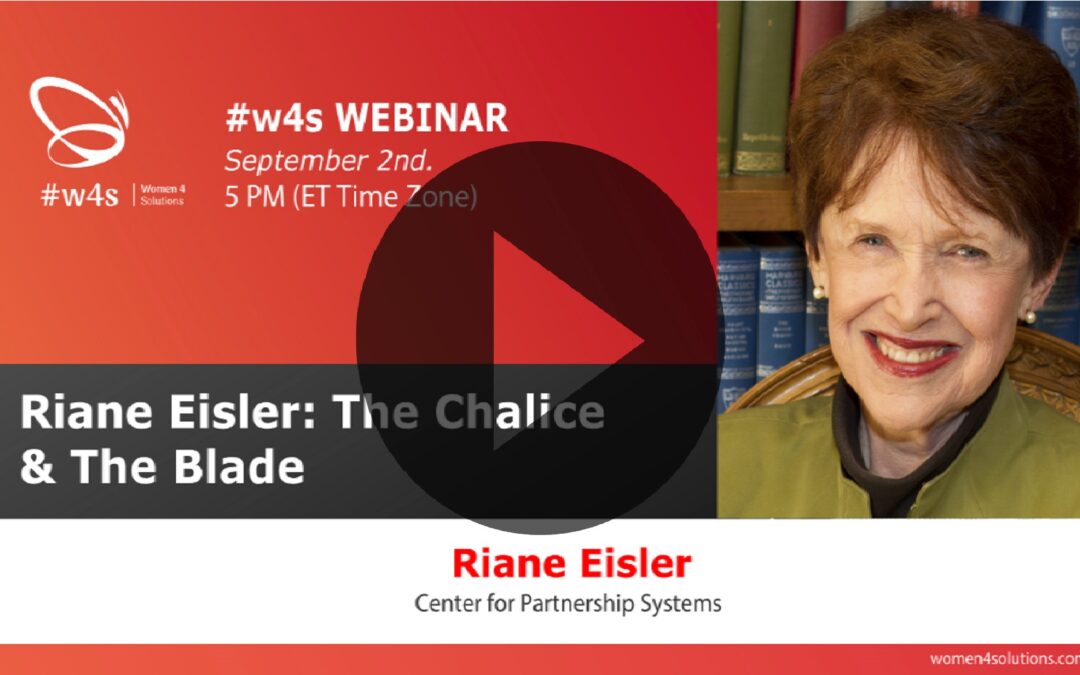 Description: “The Chalice and the Blade” and it’s recent popularity in Spanish speaking countries.

Speaker:
Riane Eisler is a social systems scientist, cultural historian, futurist, and attorney whose research, writing, and speaking have transformed the lives of people worldwide. She is internationally known for her bestseller The Chalice and The Blade: Our History, Our Future, now in 57 U.S. printings and 27 foreign editions. Her newest work, Nurturing Our Humanity: How Domination and Partnership Shape Our Brains, Lives, and Future, co-authored with anthropologist Douglas Fry (Oxford University Press, 2019), shows how to construct a more equitable, sustainable, and less violent world based on partnership rather than domination.

Dr. Eisler is president of the Center for Partnership Systems (CPS), dedicated to research and education, Editor-in-Chief of the Interdisciplinary Journal of Partnership Studies, an online peer-reviewed journal at the University of Minnesota that was inspired by her work, keynotes conferences nationally and internationally, has addressed the United Nations General Assembly, the U.S. Department of State, and Congressional briefings, and has spoken at corporations and universities worldwide on applications of the partnership model introduced in her work.

Eisler was a child refugee from Nazi Europe, and that experience eventually led to her multidisciplinary re-examination of human societies and human possibilities. Her book on economics, The Real Wealth of Nations: Creating a Caring Economics, was hailed by Archbishop Desmond Tutu as “a template for the better world we have been so urgently seeking.”